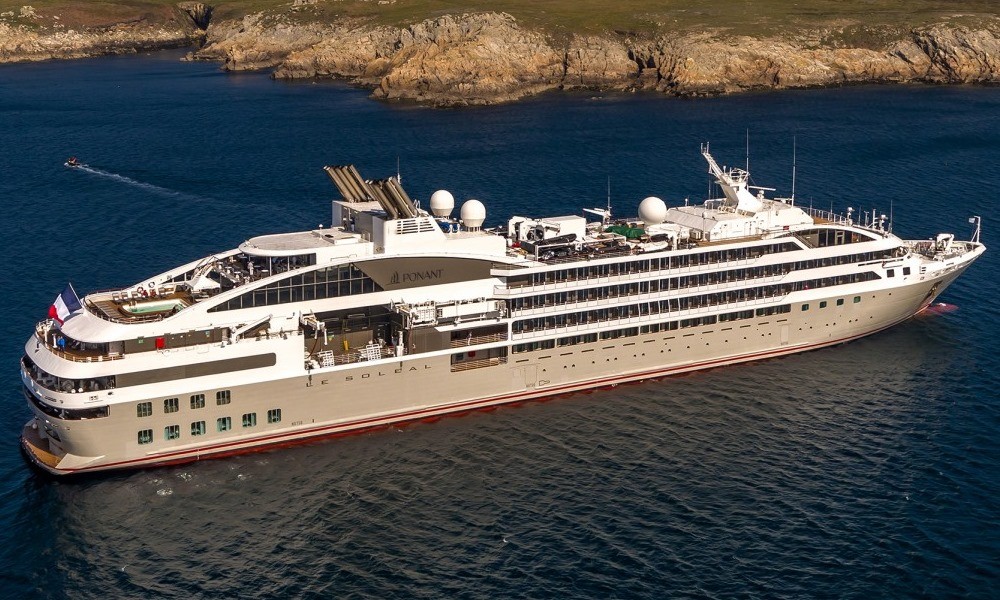 Steven Young, a top official with ship operator Carnival UK, visited Indonesia‘s booth during the 2014 Cruise Shipping Miami exhibition with one important purpose: To find out whether there has been infrastructure and facility improvements in the country’s ports and shipping industry.

The Jakarta Post reports that Young, head of port operations & services with the world’s largest ship operator, wanted to make sure that Indonesia had fulfilled its promise to develop its ports and facilities.

“Our ship came to Semarang [Central Java] months ago and was upset with the condition of the port. I came here to find out if improvements had been made,” he said, referring to his cruise line Costa Victoria.

On his visit to the Indonesian booth, Young was welcomed by and had a discussion with Ali Sodikin, general manager of Benoa Port, whose parent company, port operator PT Pelindo III, also supervises Tanjung Mas Port in Semarang.

During the brief talk, Young asked the Indonesian port authority if it had improved port facilities, including dredging the access channel and the turning basin. Improvements would ensure that every ship could enter and anchor in the port safely.

Responding to the inquiries, Ali said the port authority — with the help of the Transportation Ministry — had dredged the access channel and the turning basin in Semarang Port to accommodate larger ships.

Young was not the only global ship operator representative who wanted an update on port conditions in Indonesia. Representatives from Holland America Line, Salen Ship Management AB, Carnival Australia and Royal Caribbean Cruise Line, to name a few, also met with Indonesian delegates to get updates on infrastructure development as well new tourist destinations in the archipelago.

Data and media reports have shown the potential of the cruise shipping industry in Indonesia and, generally, in the Asia-Pacific region. During the Cruise Shipping Miami conference, Adam Goldstein, president and CEO of Royal Caribbean International, also highlighted the potential too.

“Virtually anything is possible,” Goldstein said about the potential for Asia and the Australasia region.

He said Indonesia was home to potential tourist destinations but unfortunately did not provide enough facilities. “The industry is still struggling and infrastructure development is very slow,” Goldstein added.

Rizki emphasized that the target of seeing 500,000 cruise passengers by 2016 could be achieved if the government improved some of its ports, particularly Benoa Port in Bali, and also developed new tourist destinations to support the domestic cruise shipping industry.

Hong Kong, which claims to be Asia’s cruise hub, currently operates two terminals: Ocean Terminal and Kai Tak Cruise Terminal. Both can accommodate large ships measuring up to 300 meters in length. They are also equipped with ship repair and engineering maintenance facilities.

Benoa, in the meantime, has been seeing improvements, albeit slowly.

With one of the world’s longest coastlines, Indonesia has plenty of tourist destinations. Unfortunately, many points of interests, such as in Semarang and Bali, are not accessible to large ships. Meanwhile, Sabang Port, in Aceh, which is ready to accommodate large ships, has no tourist destinations to offer.

Cruise ship passengers who stop at Sabang Port, for example, have to take smaller boats and then buses, before reaching points of interest in the province. This situation has deterred tourists from visiting the area.

Indonesia has at least 100 destinations to offer, including those in remote areas accessible to mid-sized ships. If the government develops Benoa Port to accommodate larger ships, more passengers would visit Indonesia. “My message is clear. The government needs to seriously work on this issue. The entry of large ships will bring more tourists who will spend more money and eventually drive the economy in tourist areas,” she said.

Indonesia is the fourth-largest nation in the world with more than 267 million people. The country is comprised of more than 17,500 islands, including Bali, Borneo, Java, Lombok, Sumatra and Sulawesi. Learn more about Indonesia.

Experience more of Indonesia than the average traveler by speaking Indonesian. Simple courtesies and greetings will make your trip more productive and rewarding. Our phonetic style makes it impossible to mispronounce important words. Order your hard copy.

Indonesians will sparkle with delight when you speak just a few words in bahasa Indonesia.

Leave a Reply to a Cancel reply

Language and Travel Guide To Indonesia